I’m having the best time with Python.  It is a very easy language to use and it’s interpretive nature makes it a dream to prototype with.

The goal of this post is to document the steps I took to convert the ATM90E26 SPI Arduino library to Circuit Python.

Here’s what I learned from installing Circuit Python:

1. Use the esptool to erase the Huzzah’s flash and install Circuit Python.  I didn’t have this on my Mac, so from a terminal window…: $ pip install esptool

Now that I had the tool that knows how to r/w the Huzzah’s flash, I needed to know the serial port the Huzzah was connected to.  From a terminal window….$ ls /dev/cu*

2.  PRACTICE SAFE FLASHING…START BY ERASING.  Sorry for shouting but I wandered down a gnarly pit before I practiced erasure.  By gnarly pit, I changed wifi’s and Circuit Python was NOT happy…Circuit Python would continually loop:

From a terminal window….

3. Get the copy of Circuit Python from  Adafruit’s GitHub location that holds Circuit Python releases.  I renamed the binary to a simpler name (huzzah.bin)

Easiest way I found to check install was to go into REPL:

Unfortunately, I can’t do a USB mount on the Huzzah.  I ended up using the  ampy tool.  I used this convenient tool to copy my Python library code to the Huzzah as well as run my test app.

Note: I didn’t do this but:

If you don’t want to constantly specify the –port option you can set the AMPY_PORT environment variable in your terminal session and ampy will use it as the board’s serial port.

The ATM80e26 Circuit Python library is called HappyDay_energyic_spi.py.  I’m not going to explain the code because not only is it similar to the Arduino library, Python code seems easy to understand.  Beside, you write better Python code than I do.

Note: Library files go in the lib directory because it’s part of the Python path by default.

THIS IS IMPORTANT.  I discuss adjusting the ATM90c26 voltage gain to a specific setup in this post.

By “Gobly Gook” I mean the SPI phase and polarity.  Now I got (ok, perhaps totally) confused on this.  The Arduino library sets the SPI Mode for the Huzzah to Mode 2.  But, the ATM90e26 speaketh in Mode 3.  Grr…

The Meter Status Register is:

The SPI section of the data sheet notes (section 4.1.1/Read Sequence) notes the high bit of the MOSI request is set to 1 when asking to read a register.

Set up The Init Function

This led me to:

I set the baud rate to what the Arduino library had… then there is the polarity=1, phase=1 (i.e.: SPI mode 3).

Figure Out the GPIO Naming

As you can see in the PyspiTest.py test app,  board pins are used to set the CS:

before creating an energyic_SPI instance.  i.e.:

Here are results that I got without using a CT or power calibration.  It’s the same results I received when I ran the Arduino library: 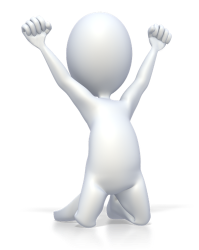 YIPPEE!!! IT WORKS.  Thanks for reading this far.  Please find many things to smile about.