I’m trying out O Snap! on an old iPhone.

I put the iPhone right on the Grow Chamber’s leaf shelf.  I set the timer to go off once an hour.  Within the O Snap! app I created a .mov and shared it on YouTube.  Not that great, but it’s a start.  I’ll try mounting the iPhone on the LED shelf. 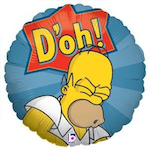 Readings were taken every minute.

The firmware’s logic is to use what is stored in the EEPROM unless the writeCheck value changes.

but in resetGlobalSettings(), I am using DEBUG to change global settings values:

The reason I used EEPROM to store global settings was the earlier thought I would allow the user to change global settings on the fly through a UI (either Internet or buttons).  Right now, I do not allow user input.  I could remove the code to EEPROM, but instead I added:

This way, the write check bytes in EEPROM will change when the definition of DEBUG changes.

I deleted the log file from the SD card, put the SD Card back into the Arduino, and uploaded the updated code.

Yippee!  All Worked as Expected

I decided to adjust the amount of time the CO2 regulator is on to a little higher:

CO2 Off Based on LED ON/OFF

Differences in LED ON vs. LED OFF Measurements

I took the average of measurements when the LED was ON and when it was OFF.  Another variable is we turn the heat off at night.  The indoor temperature goes from 21.11˚C during the day to 15.56˚C during the night.  Here are the averages for the 3/3/2017 – 3rd Run:

The average measurements are what I expected.  Close to ambient CO2, a higher humidity. The higher humidity makes sense because when the LED is off, respiration should increase relative to transpiration.

Bug in Adjusting the CO2 Code

My code was incorrect in the case the MH-Z16 CO2 sensor couldn’t take a reading (i.e.: returned -1).  I updated the adjustCO2() function to:

I fixed this leak by spreading silicone over the hole.

The challenge is getting the silicone to the hole since at this point the hose is within a tight space on top of the gutters and below the plant’s shelf.

As shown by the 3 frame Youtube video under Customer Check-In, I ran my first test of producing a time lapse movie.

I used an old iPhone I found kicking around our house, loaded O Snap! as well as the WiFi transfer extension pack…although I’m not sure I need the extension pack for what I ultimately ended up doing, which was to upload the time lapse movie to YouTube.

Well…hmmm…I’m on my third attempt..more on this in another log!  For now, time to go.